During 2017 the Ally Cadence Trust was chosen as Sleaford Round Table's Charity of The Year.  The decision to support our charity was made by the Chairman, Stephen Dawson, who is a good friend to Karl and Emma, and Godfather to Ally Cadence.

Various fundraising events have been held throughout the year in Sleaford, including the hugely popular Oktoberfest, and the Chairman's Ball in October.  Oktoberfest alone raised over £16,000 which benefited many local charities including ourselves, the Sleaford Community Minibus, the SHOCK Sleaford Defibrillator Installation Campaign and many other local causes.

We are very grateful to have received a cheque for £6,000 from the Round Table, in order to purchase more equipment to help support affected families.  Thank you so much to the Round Table and all those that support them! 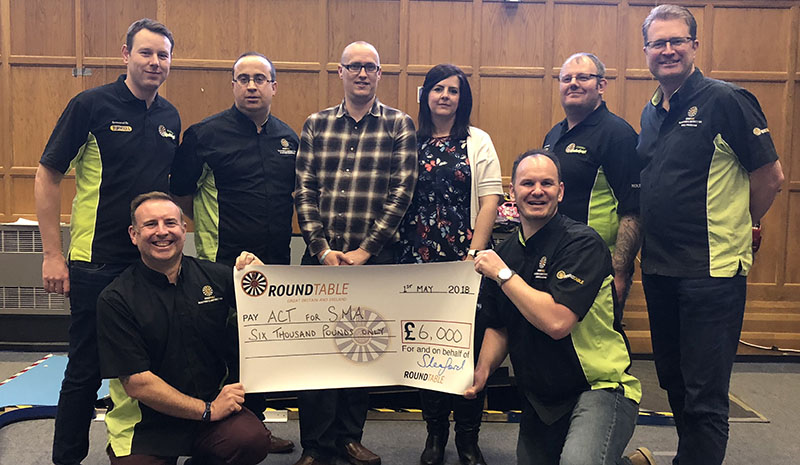